Chapel in the grounds of Pickering Castle

Chapel in the grounds of Pickering Castle
Pickering
North Yorkshire

The castle at Pickering in North Yorkshire, lays on the junction of the A169 and the A170, about 20 miles West of Scarborough. For further information on the castle itself, check this link out. 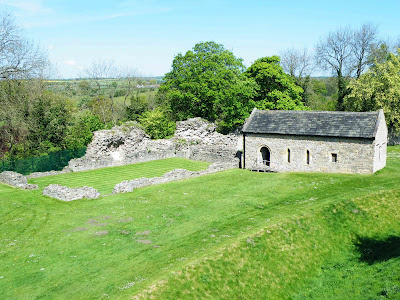 The chapel is thought to have had a resident chaplain up until 1547 when it was closed down during the Dissolution of the Monasteries. As a chantry chapel (like the chapel at Keld near Shap) it fell foul of Henry VIII's agents. However, the chapel wasn't demolished, but turned instead into a court house. 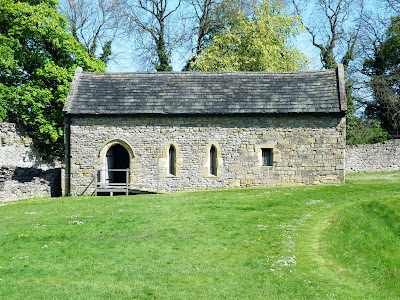 The chapel is mentioned in documents dating from 1313-1314, with further mention of repairs to seven windows in 1325. A survey of 1538, no doubt in anticipation of Henry VIII's dissolution of monastic establishments, stated that the chapel was "13 yards long, and 4 yards wide, covered with slate and in reasonable repair."

In 1651, it was described as "in indifferent good repair" and was still being used as a court house as a result of the Old Hall being demolished. The chapel usually houses displays relating to the castle's history, and is freely accessible.
Posted by The Cumbrian Castle listing. at 18:21