The Savignac Monastery at Furness was founded in 1126, later becoming a Cistercian Abbey. There are acres of grounds to explorer here, with many standing ruins and remains. Amongst the many buildings are a number of richly decorated graves slabs and stone graves. The most significant grave slabs are now housed in the museum, and are well worth a look. Another group are to be seen outside in the abbey's grounds. 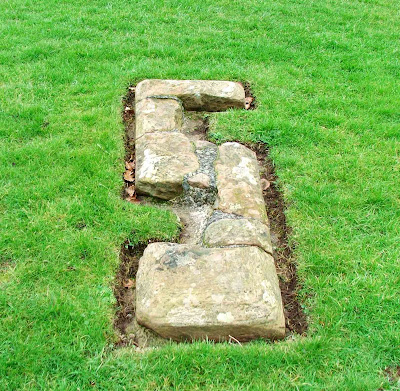 The photo above and below, show graves and their covers. The open grave on the right of the photo below, has a small neck support for the cadaver to rest upon, with with looks like a drainage hole. 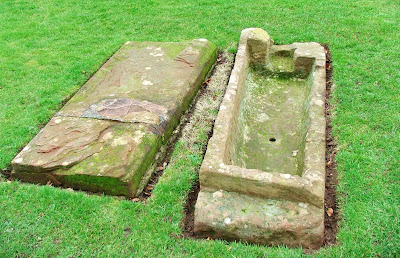 In the cemetery, a large number of grave stones and open graves can still be seen. 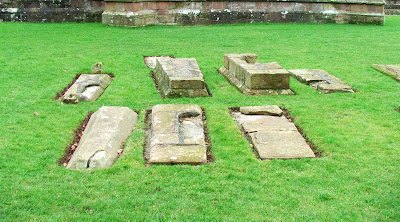 A fine example of an open grave shown below. The rest for the head can clearly be seen. 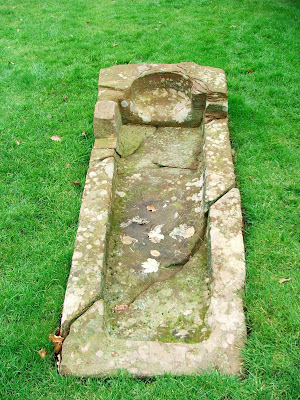 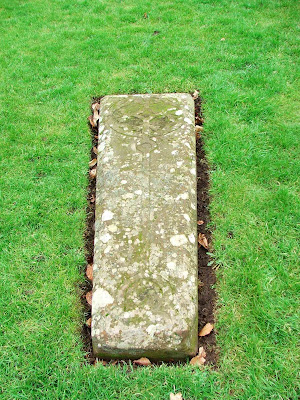 This cross slab is in excellent condition, and can be found to the North East of the Presbytery. It depicts a cross with a quatrefoil at it centre, with three armed terminals within a circle. The cross rises from an arched base. Just beneath the cross head, and to the right of the cross shaft, a small cross is carved. This slab probably dates from the early 14th century.
Posted by The Cumbrian Castle listing. at 21:17