There are a number of medieval relics mounted in both internal and external walls and the floor of this church. The first item, shown below, is a stone with two sunk quatrefoils, probably an architectural artifact left over from an older part of the church. It may be the remnants of a double cross slab. This can be found high on the exterior of the Northern wall of the chancel. 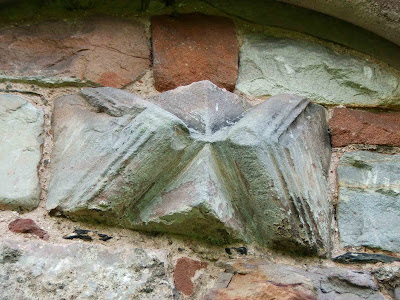 In the external face of the East wall of the porch this shield can be found. Thought to show three stag's heads in very low relief, it probably dates from the 15th or 16th century. 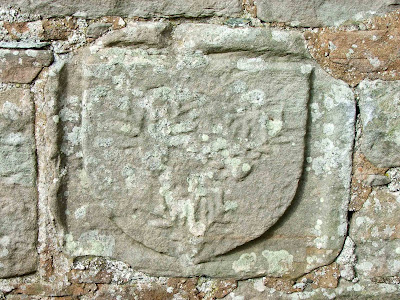 The following photo shows a late 17th century cartouche, with the initials WD. 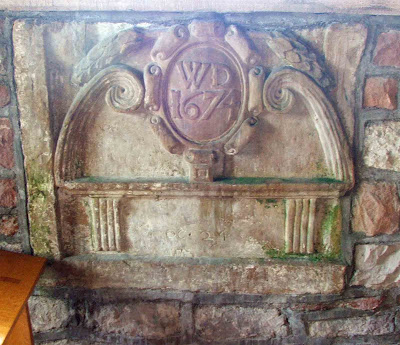 The following photo probably shows an Elizabethan tomb chest now mounted in the sill of a window. 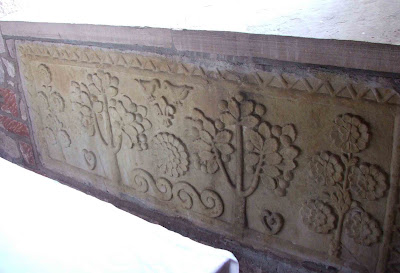 This grave slab can be found on the floor on the North side of the chancel right at the foot of the altar steps. The slab tapers, from left to right, very slightly, and probably dates from the late part of the 14th century. 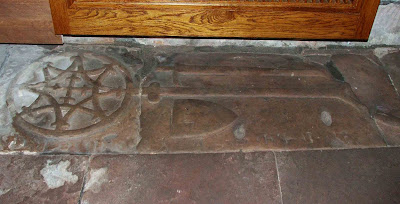 The design is in high relief and in very good condition. The cross head (to the left) is of interlaced-diamond form with a cross-crosslet at its centre....all enclosed within a ring. Cross shaft rises from an ogee arch (to the right) and has a sword and a now blank shield. The remains of and inscription can still be made out. A partial reading of the inscription is as follows "CRIS(TOP)HER DE LANCASTER".
Posted by The Cumbrian Castle listing. at 21:08