The photo below shows a red sandstone grave slab dating to the late 12th or early 13th century. The slab is broken in two and has been drastically weathered. This probably indicates that it was outside for a considerable time before being moved indoors. 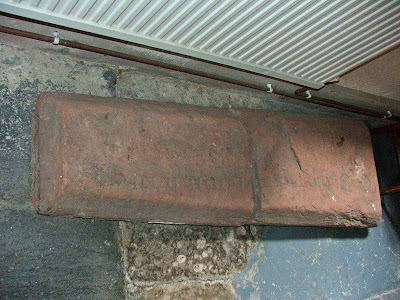 The design is represented in relief, and shows a cross with bracelets, pointed buds with a smaller cross at the head's centre, all rising from a stepped base. A text engraving can be seen, roughly shown as "HIC IACET.....DE".
Posted by The Cumbrian Castle listing. at 21:05