The church of St John can be found in Hutton Roof, a small hamlet some two miles West of Kirkby Lonsdale, just off the A65. The church dates from 1881\82, and was built by Paley and Austin of Lancaster. The church is built on the site of an earlier church, and is said to have been a place of worship since the 13th century. 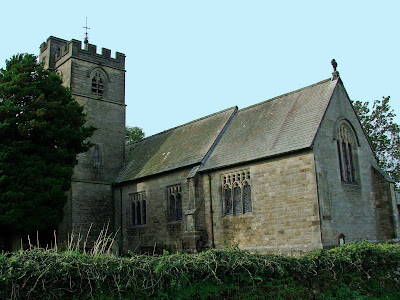 Like the church at Dolphinholme in Lancashire, the tower has a square stair turret clinging to the South West tower. It is a strangely 'square' looking church, not the most pleasing to look at. The church has some Shrigley and Hunt stained glass windows...not shown here...a visit to photograph the interior is planned for next year! 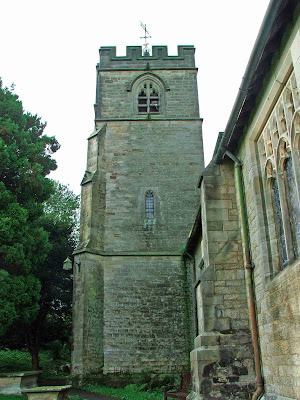 The church was built in 1881\1882 on the site of an earlier chapel, to designs by Austin and Paley of Lancaster. The only remains of the chapel built in 1757, is the bellcote now sitting in the garden of the nearby vicarage (not seen on this visit) The church appears to be kept locked, but can be freely viewed externally.
Posted by The Cumbrian Castle listing. at 20:28