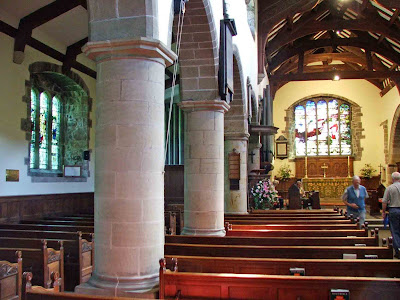 The above photo shows the round columns probably dating from the 1200's. 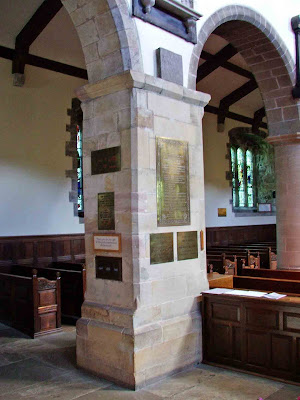 The above photo shows the peculiar rectangular column, probably dating from the 1200's. 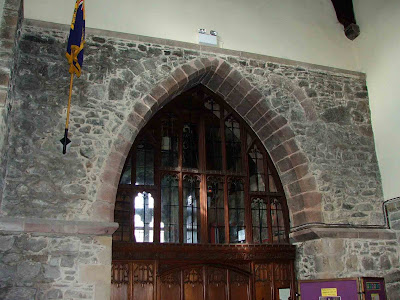 Although most of this wall dates from the building of the tower, some time in the 15th century, there are a few remains of 12th century masonry still visible to the upper left and upper right of the huge arch. 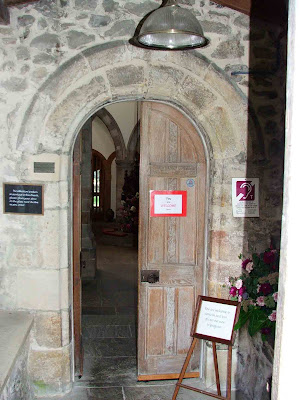 The above photo shows the 12th century door hidden in the North doorway. 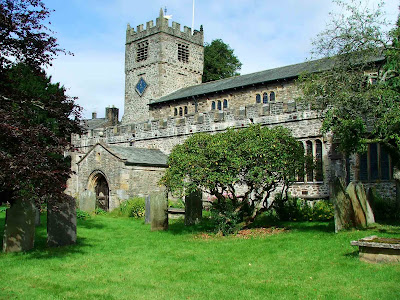 The above photo shows a view of the church from the South. 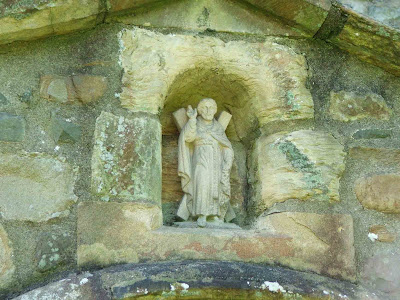 St Andrew in a niche above the South porch. Note the cross at his back....shaped like a saltair....hence the dedication.
Posted by The Cumbrian Castle listing. at 19:41