The scattered village of Witherslack lays just off the A590, some twelve miles South West of Kendal. The aptly named Church Road runs past the church, which sits in a very spacious church yard. Built around 1669, the church's footprint remains pretty much as it was originally, except for the addition of a chamber off the chancel, probably built as a vestry in the 18th century. 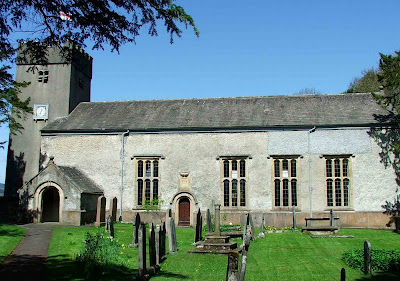 The church was built according the terms of John Barwick's will, a local boy, born in Witherslack in 1612. John was the third of five sons, who went on to find fame as the Dean of St Paul's Cathedral in London. He was also a staunch Royalist, finding himself on the wrong side of Cromwell's Commonwealth Government on several occasions. Such was his reputation amongst Cromwell's government, that he was imprisoned in the Tower of London for nearly twelve months after working as a spy for the Royalist factions. He died in 1664, and was subsequently buried in St Paul's Cathedral. His will stated that the church be built in Witherslack, and be dedicated to St Paul, just as his beloved Deanery in London was. It was originally suggested that the church be built on top of Yewbarrow, a hill some quarter of a mile to the North East that overlooks the current site. This was vetoed by one vote, and the current site was eventually agreed upon. 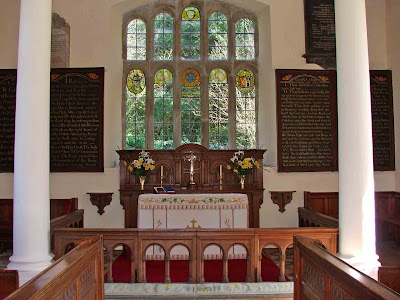 A view of the chancel with the ten light window above the altar. The window contains small portions of stained glass dating from the original building of the church.
The church consists of a single wide chamber with no aisles, open from the nave to the chancel. The West tower, shown in the last photo in this post, has crenellations at its summit, and sits on a stepped plinth. In 1768, the church was heightened. The windows were increased in height to fill the wall space....hence the smaller lights above each one. During this period of repair, the ceiling and coving were added, as were the two columns (shown above) effectively dividing the chancel from the nave. The church saw further renovation and repair in 1861 and again in 1880, but it wasn't until the 20th century that it was electrified. 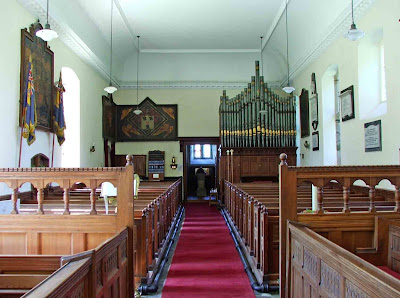 A view of the church looking back through the nave, towards the tower at the West end of the church. The Royal Arms of Queen Anne are on the wall on the left hand side, whilst the arms of the Barwick family (I think) can be seen on the left hand side. The arms show a muzzled bear, and although both plaques are slightly different, I think they show the arms of different branches of the family. 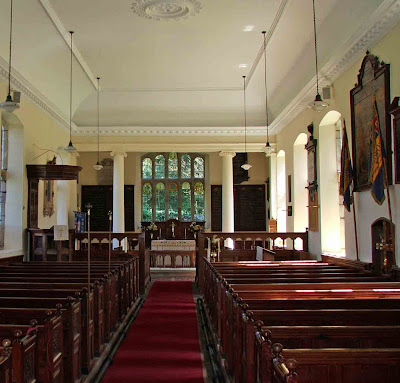 A view looking towards the East end of the church, with the chancel and altar. Note the two columns added in the 1768 renovation. 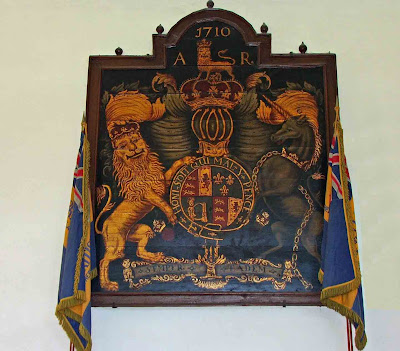 The photo above, shows the Royal Arms of Queen Anne, dated 1710. 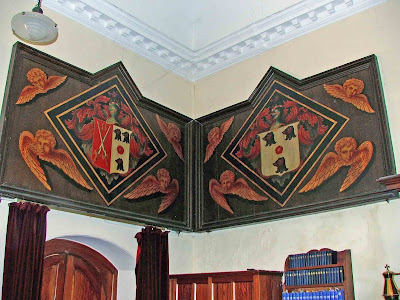 These two plaques bear the coats of arms of different branches of the Barwick family. 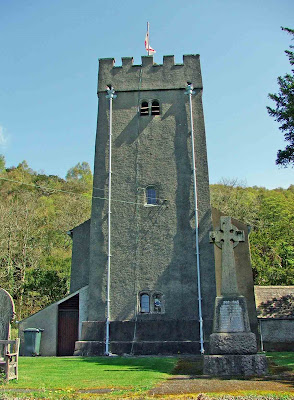 The church was open on my visit, hence the photos of the interior, but I'm not sure if this is the case all the time. There is a limited amount of parking outside.

Check out this great community web site for all things related to Witherslack and the surrounding areas.
Posted by The Cumbrian Castle listing. at 16:26