The church where Sir Arthur Conan Doyle was married, St Oswald's can be found in Thornton in Lonsdale, about a mile to the West of Ingleton. This tiny collection of houses, a pub and the church, lay at the head of the valley through which the River Doe runs, eventually merging with the River Twiss in the middle of Ingleton. 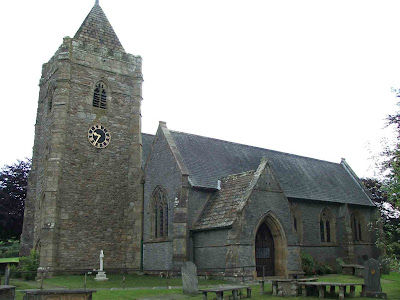 The church was largely rebuilt between 1933 and 1935 after it was gutted by fire, but the fabric is basically original. The West tower dates from the 15th century, and does not seem to have been damaged by the 1933 fire. It has a spiral staircase in the North West wall, as evidenced by the tiny windows up the right hand wall of the tower, seen in the photo below. 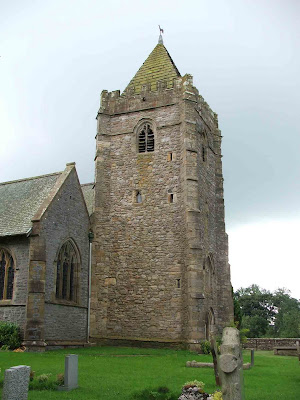 The original rebuilt church, dating from about 1870, was built to designs by Austin and Paley of Lancaster. This firm of architects operated from Lancaster between 1836 and 1942. A good list of their Cumbrian works can be found at Visit Cumbria. Details of other incarnations of the company can also be found here, at Wikipedia. 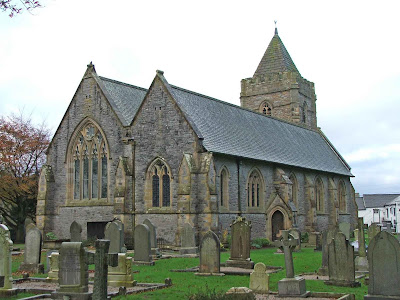 What remains of the village stocks are to be found against the wall of the church. 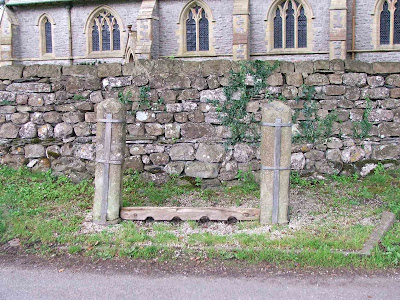 The church is not open daily. There is plenty of parking nearby to investigate the church yard and the village of Thornton-in-Lonsdale.
Posted by The Cumbrian Castle listing. at 20:35