The steely grey church of Holy Trinity sits to the South of Skipton Castle, literally a stones throw from the Castle's walls and at the junction of Mill Bridge and The Bailey. The best place to park is in the main town car park, as there is little available parking near to the church.
There has been a church here, on this very site, since sometime in the 1100's, probably sited where the present day church's tower stands. It was rebuilt in the early 1300's, possibly of stone, replacing the earlier building. 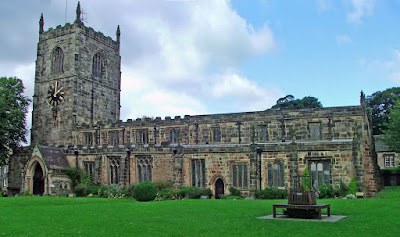 Above. A view of the church looking North. If you look closely, you will see a knight clad in chain mail (to the right of the photo!!!)
In the latter part of the 1400's, the church was extended, possibly financed by a gift from Richard III. The building was extended to the East, making the nave longer, and probably adding a new, larger chancel. 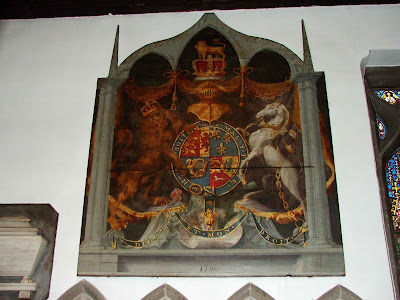 Above. Royal arms.
The church was inevitably damaged during the Civil War, its close proximity to the castle its downfall. There were cannon batteries to the North West of the castle, high on the hill, and also to the South. The castle was besieged for several months, during which it came under intense fire from these positions around the town. The church was in the line of fire on many occasions and by the end of the siege was in a perilous state. By the time Lady Anne Clifford inherited her estates and castles, Skipton was still garrisoned by Royalist troops and still under siege. When the siege was finally lifted, the castle was in such a state of disrepair that it was uninhabitable. She was allowed to rebuild the castle from its semi-demolished state, on the condition that its roofs were not strong enough to mount cannon on.....a stipulation made by Oliver Cromwell directly to Lady Anne. At the same time that she rebuilt the castle, she also restored the church, furnishing it and providing it with a number of windows, some of which are shown below. 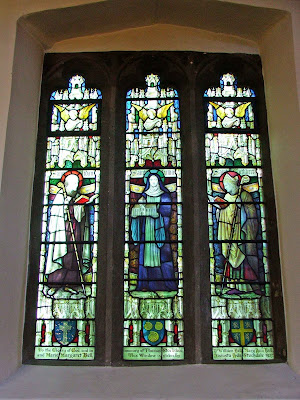 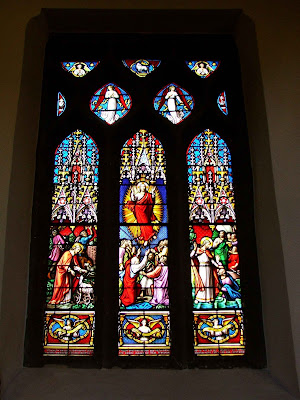 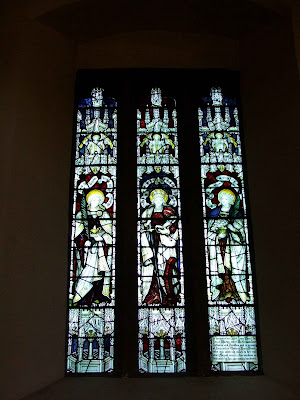 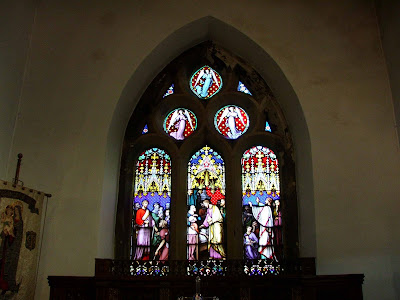 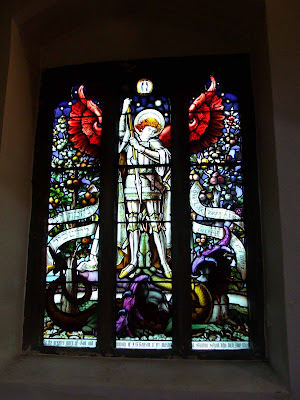 Above. Window depicting St Michael, and dedicated to J.B. Rawson(?) master of Skiption School, who died in 1899. 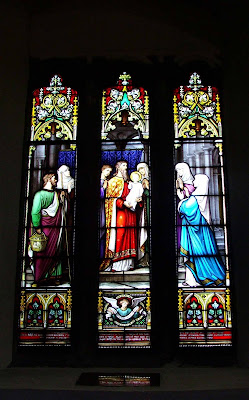 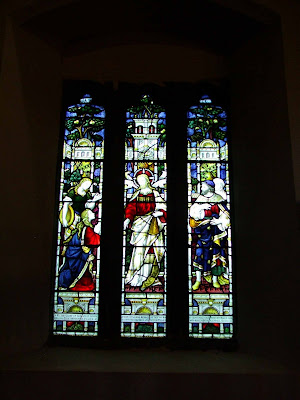 Above. Window dedicated to George Kendall, and gifted by his brother and sister, Welbury and Elizabeth Kendall. 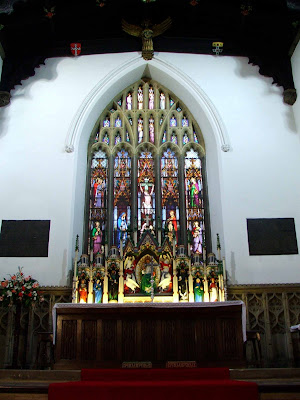 Above. The huge East window over the chancel. 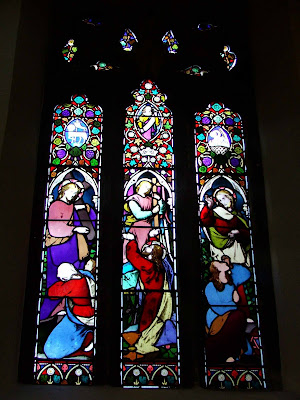 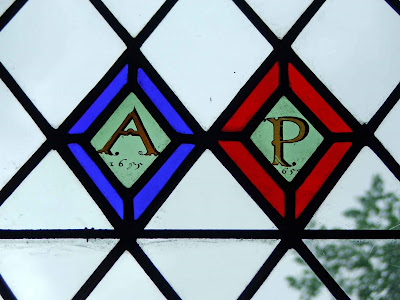 Above and below. Some of the small Clifford windows. 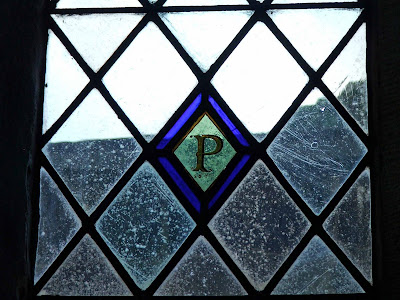 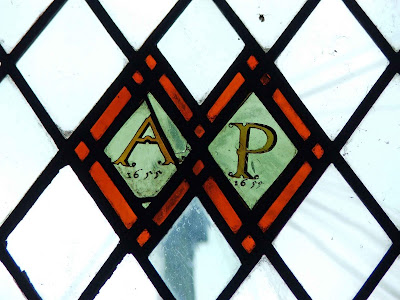 It's likely that the repairs on the church were finished before the repairs on the castle...such was her devout religious faith. Lady Anne divided her time between Appleby, Brougham and the castle here at Skipton in her latter years....so the church would have been a special place for her. Indeed, as Skipton castle was her birthplace, her return there plus the work and money she endowed on the rebuilding, was probably no surprise to those around her.

The church is a celebration of the Clifford family, with tombs and windows from Lady Anne's period, and from that of her ancestors. Another visit is required to get some more internal photos of this church.
Skipton Web

There's some great information here, regarding both the castle and the church.
Posted by The Cumbrian Castle listing. at 20:01