There are many heraldic arms and plaques hidden about Holy Trinity in Kendal. Some are shown here, but there are many more that I need to photograph and present here. They'll be included on the blog as and when I manage to find them.
Shown below is Kendal's coat of arms, only officially granted to the town in the last century. It first appears on a map by John Speed, dated 1610 It is to be found on the side of a pew at the East of the church. 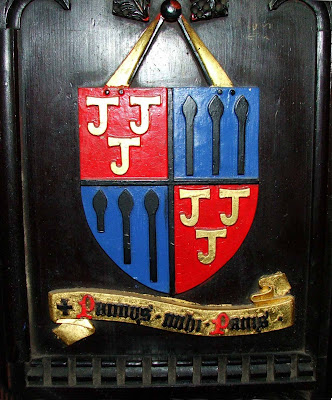 As far as I can tell, this heraldic carving represents the Parr family of Kendal. I'm unable to decipher the belt that encircles the arms. This carving can be found on a tomb in the Parr chapel, possibly that of Katherine Parr's grandfather, Sir William Parr. 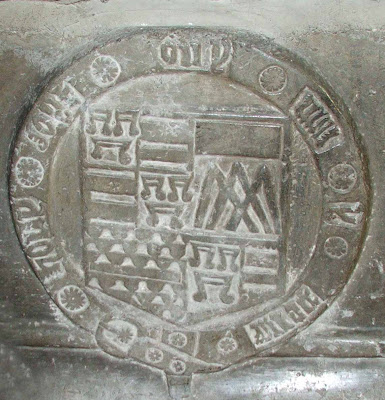 This carved coat of arms, can be found on the tomb in the Bellingham chapel in at the North East end of the church. The tomb belongs to Sir Roger and Lady Margaret Bellingham. 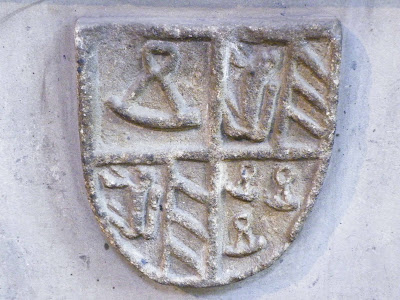 The following carved coat of arms is also to be found on the tomb of Sir Roger and Lady Margaret Bellingham. It's identical in content, but looks to have been carved by a different hand. 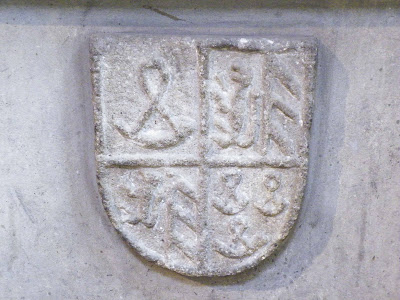 The carved shells shown below can be found above the entrance to the Strickland chapel at the East end of the church. They represent the arms of the Stricklands of Sizergh Castle. 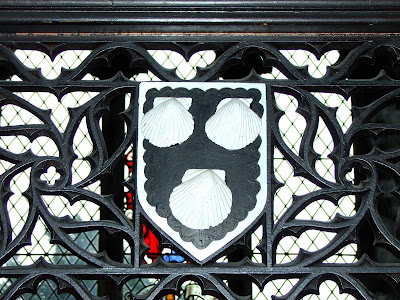 The beautifully painted armorial plaque shows the arms of the Howard family. It can be found in the St Thomas-a-Beckett chapel at the North East end of the church. 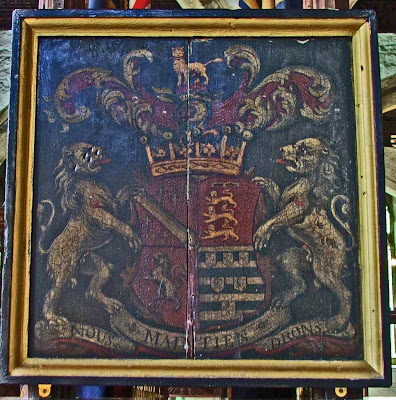 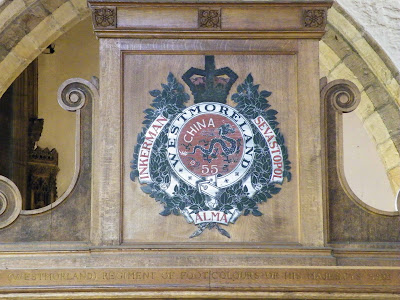 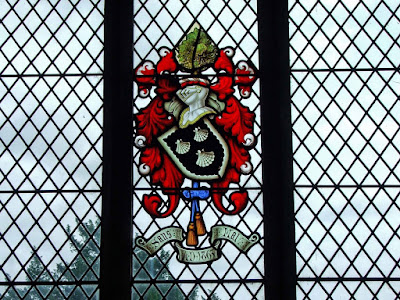 To be found in the Bellingham chapel\Memorial Chapel to the Border Regiment. 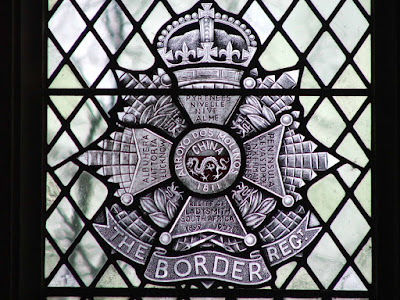 Also to be found in the Border Regiment chapel. 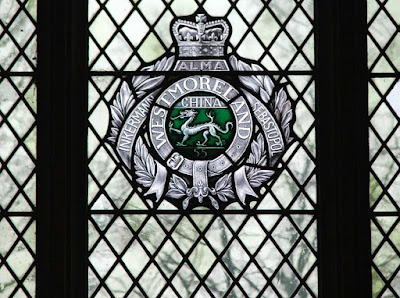 This armorial plaque, split into three parts, can be found on the North wall of the Bellingham chapel. I'm not sure whose arms these three parts represent. I will endeavour to research this and fill in these missing blanks. 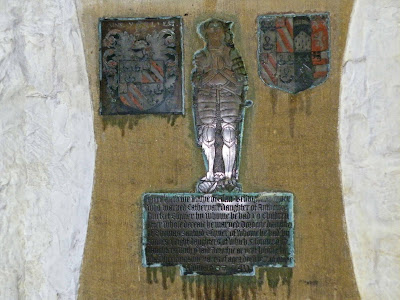 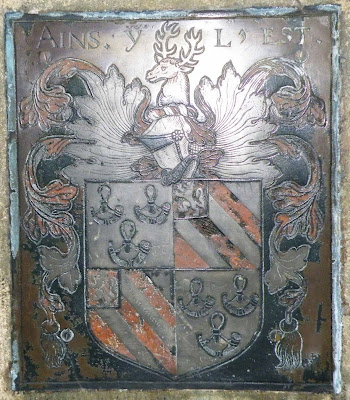 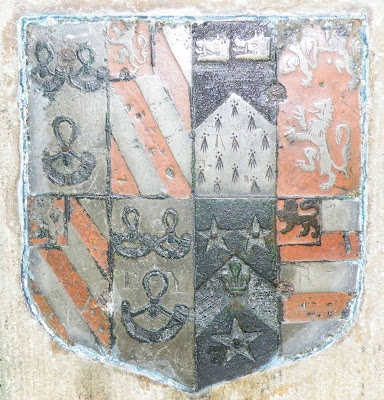 As before, as soon as other arms are photographed, they'll be included here.
Posted by The Cumbrian Castle listing. at 19:16

Thanks for bringing this information together.

Just something to add to your description of William Parr's supposed tomb:

You, understandably, say that you are unable to identify the belt around the coat of arms. However, I believe that it is in fact a garter, representing membership of the Order of the Garter. Although some of the words are very difficult to make out, it seems to read "Hony soyt quy mal y pense." Despite the differing from the modern motto of the Order, "Honi soit qui mal y pense," it could simply be a variation of spelling, as was the case many words and phrases of the Middle Ages. (Wikipedia seems to back me up on spelling variations of this motto).

If, as I hope, I am correct, this is further evidence pointing to the owner of this tomb being William Parr, who was welcomed into the order in 1475 by Edward IV.

Of course, you have have worked this out already since posting this over four years ago!