This weather worn cross stands to the North West of the abbey, by the English Heritage car park. It probably dates from the 14th century and consists of a 'fluted' shaft, mounted on a stepped base. The head of the cross has been mutilated, as shown below. 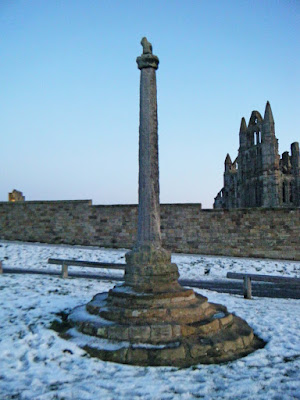 I'm not certain if the cross is situated on or near its orignal site.
Posted by The Cumbrian Castle listing. at 21:40