All Saints, Burton in Lonsdale

Known as the 'Last Village in Yorkshire' Burton in Lonsdale can lay claim to having one of the best Motte and Bailey castles in the whole of the UK. As well as this Norman edifice, it also plays host to the spectacular church of All Saints, which lays set back a few yards from the A687 as it passes through the village from Ingleton to Lancaster. 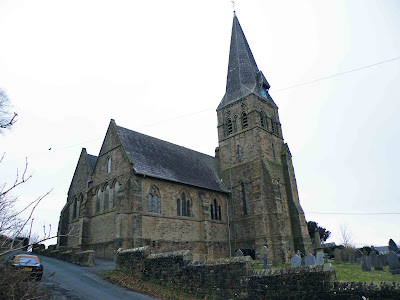 The church is Grade II listed, and was built to a design by E.G.Paley of Paley and Austin of Lancaster between 1868 and 1876. It was funded entirely by Thomas Thornton, who gave the site of his Grandparent's house over for the church. 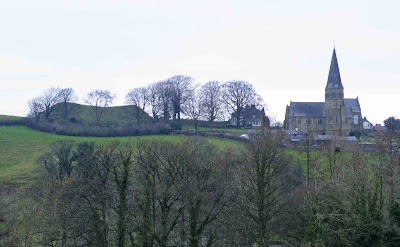 Photo of the church with the Motte and Bailey castle 'next door'. 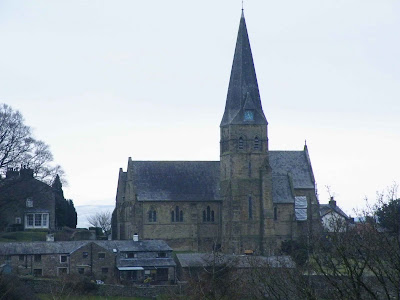 Photo of the church from across the River. The church was locked when I visited, so I don't think it is open for ad-hoc visits.

(Not the best photos. They will be replaced in the future.)
Posted by The Cumbrian Castle listing. at 20:54