This small Methodist chapel can be found down Chapel Lane just off Kirkland. Sometimes referred to in the past as Capper Lane, a corruption of Chapel Lane, the ginnel was originally a thoroughfare leading to a Catholic chapel further up towards Well Syke. The chapel shown here however was not built until 1872, so is not the Catholic chapel referred to in the ginnel's name. 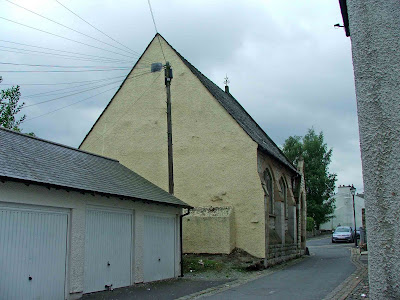 The chapel was built to provide a place of worship for the ever expanding Methodist congregation on the Southern edges of the town. The foundation stone was laid in 1872 by the then mayor of Kendal, James Thompson. 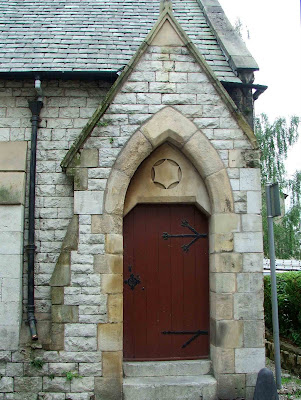 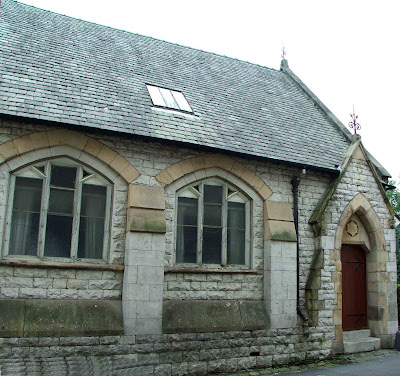 The chapel finally fell out of use in 1919 and the building was used for various other purposes. It was at one time in use as a joiner's workshop, and another time as a furniture warehouse. It is now (I think) back in use as a Baptist chapel.
Posted by The Cumbrian Castle listing. at 18:51