Church of the Holy Rude, Stirling

The historically important Church of the Holy Rude can be found at the foot of Upper Castlehill and behind Mar Place at the head of Broad Street and St John Street. To all intents and purposes it looks like a grand parish church, but the history surrounding this impressive building is fascinating in itself. 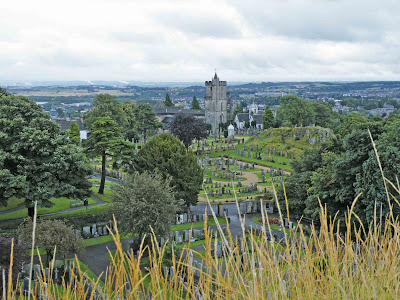 There was a church by this name on this site in the 1130’s, which acted as the Parish church to the town of Stirling. Like the palace in Edinburgh, its name, Holy Rude, means Holy Cross. There are two buildings in the whole of the UK that share a specific honour….Westminster Abbey in London, and the Church of the Holy Rude in Stirling are the only two active places of worship that have seen the coronation of a monarch. In 1567, on the 29th of July, the church in Stirling played host to the hurriedly arranged coronation of James VI, at the age of thirteen months. John Knox, a regular preacher at the Church in Stirling, conducted the coronation. James passed into the care of the Earl and Countess of Mar, and was brought up in the security of Stirling castle high above the town.

The church that we see today is the result, no doubt, of a disastrous fire in 1405, which pretty much destroyed the whole of the building. The people of Stirling soon began to re-build their church however, and by 1414, the tower, the nave and the South aisle were completed. The original oak timbered roof seen in a photo here, is probably of this period of rebuilding. 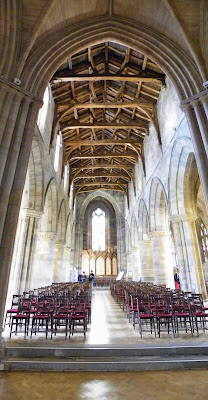 The choir (eastern portion of the church) was built between 1507 and 1546, with its massive apse, to house the ever growing congregation. The tower was also increased in height at this time, probably to make sure that the building was kept in proportion. It’s thought that there was the intention to add a second tower during this period. The construction of four massive pillars between the choir and nave would seem to indicate that the builders were to insert a central tower….however this idea was never carried out, and the four pillars are all that remains of this building plan. 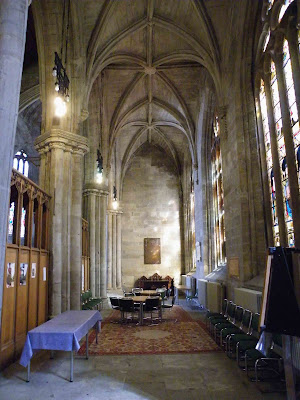 A peculiar part of the church’s history took place between 1656 and 1935, when the church was split in two by a huge wall that ran across the width of the church. The wall was built as a result of an argument between the Reverend James Guthrie and his deputy (?). Neither could agree on how church services should be run, so the only resolution to their arguments was to have two congregations worshipping in the same church, but led by two priests and totally segregated. 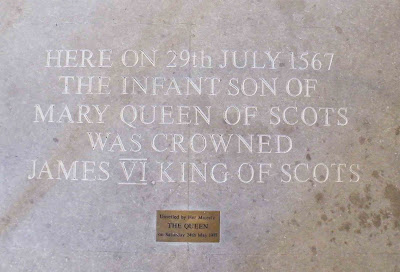 The congregations were finally united in 1936 when the dividing wall was removed. The mid to late 1960’s saw a period of restoration, with several of the church’s windows replaced and repaired, all the stonework was re-pointed and the heating system was renewed. 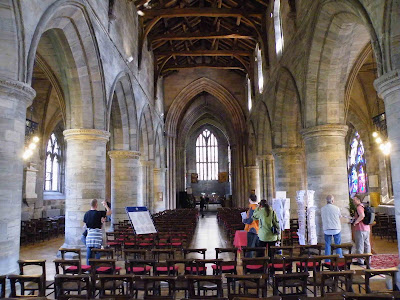 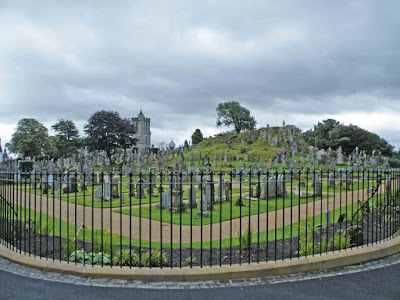 Outside the church, the massive grave yards, with some graves dating back to the 1500’s, can be freely explored, as well as the Lady’s Rock, where tournaments were reputed to have been watched from.
Posted by The Cumbrian Castle listing. at 14:13