The A5087 makes for a fantastic coastal drive, especially the few miles between Ulverston and Barrow in Furness. The church looks out across Morecambe Bay, about two and half miles South of Ulverston and only a mile or so from Conishead Priory. 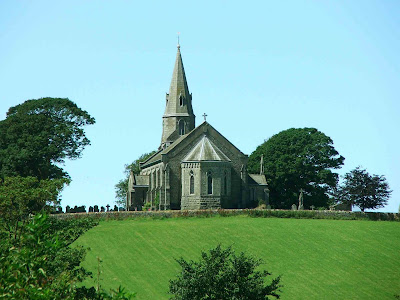 Built in 1843, and Grade II listed, it is another example of the architectural legacy left behind by the Websters of Kendal. It contains a number of stained glass windows, including a 20th century window by Wilhelmina Geddes and some 19th century windows by Shrigley and Hunt. Check the link out.
Posted by The Cumbrian Castle listing. at 15:58