Just off the A65, between Gatebeck and Crooklands, the Preston Patrick Meeting house can be found. 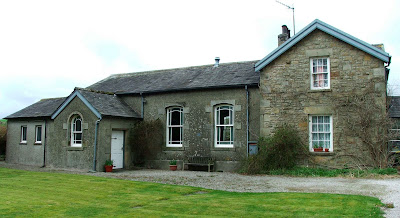 This Meeting house was built in 1691. 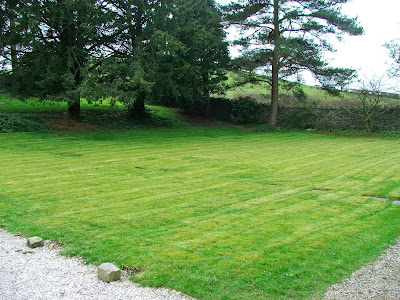 The burial ground can be found at the front of the building.

Although the burial ground for the Kendal Quaker Meeting house, it is actually situated at the opposite end of the town, on the Old Sedbergh Road nearly two miles away. It is Kendal's oldest surviving burial ground with some headstones dating back to the 1600's.

The Burial ground on the Old Sedbergh Road. 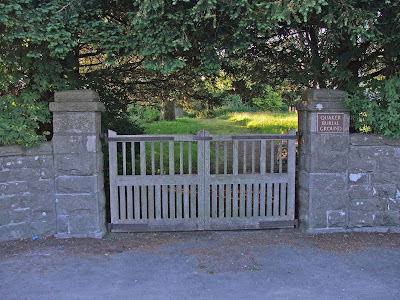 Gateway to the old burial ground.
The Grade II listed building in Kendal, was designed by Francis Webster in 1816, and replaced an earlier late 17th century chapel (about 1688). Originally the burial ground would have extended almost to the river's edge, but with the building of New Road, the short stretch of highway linking Stramongate with Miller Bridge and Aynam Road, all the burials and head stones had to be moved. 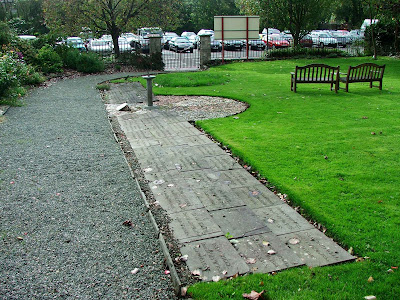 Site of the original head stones.
The burials were placed in the burial ground on the Old Sedbergh Road, and the headstones were placed along the path leading to the rear of the building from New Road. 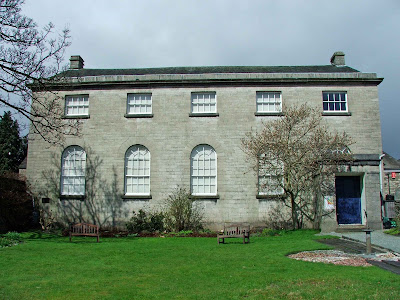 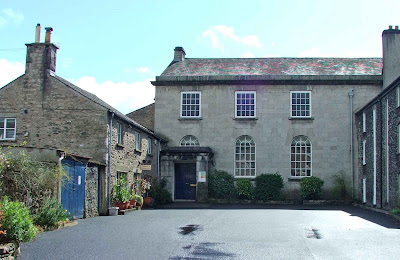 The building was altered quite substantially in 1934, and extended to the East in 1936.

The Meeting house at Brigflatts can be found about a two miles South West of Sedbergh just off the A683. The Grade I listed building was built in 1675, with small alterations taking place during the 18th century. 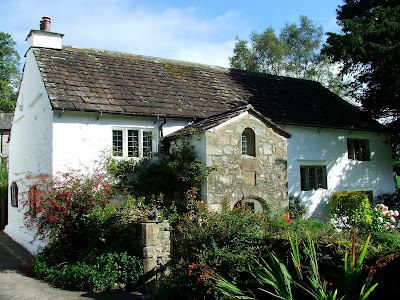 It is the oldest Meeting house in the North of England, and the third oldest overall, and still retains much of the original interior, including oak woodwork, panels, floors and stairs. 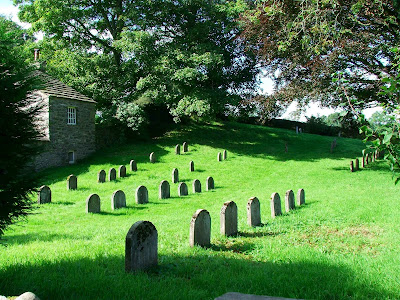 Just across the lane, the burial ground can be found. 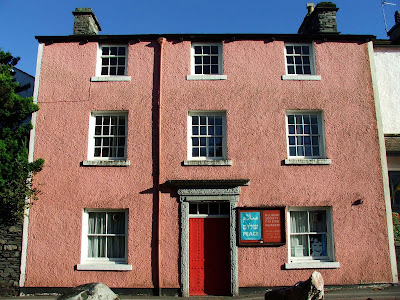 This Grade II listed building can be found on the A591 as you head North out of Ambleside on the right hand side of the road.
There are obviously more buildings and burial sites, and as these are visited and photographed, they will be added here.
Posted by The Cumbrian Castle listing. at 22:11