This tiny 16th century church can be found in a delightful location, some seven miles West of Levens, sandwiched between Whitbarrow Scar and the Southern tip of Windermere. The building is thought to have been built in the early 1500's, possibly in around 1505. In 1561, Anthony Knipe claimed that the church was erected by his father some fifty years earlier...hence the tentative date of 1505.
The window, shown below, is to be found in the east end of the chancel, above the altar, and contains mostly 15th century glass, thought to have been taken from Cartmel Priory. 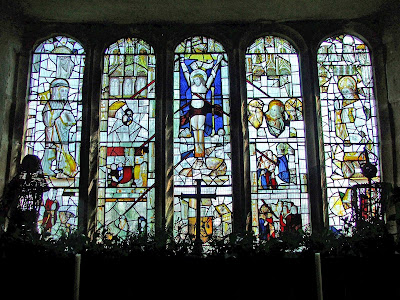 It consists of a single chamber....nave and chancel , with a tiny vestry (added at a later date) in the North wall of the tower. Some sources state that the small saddle back tower was unfinished. 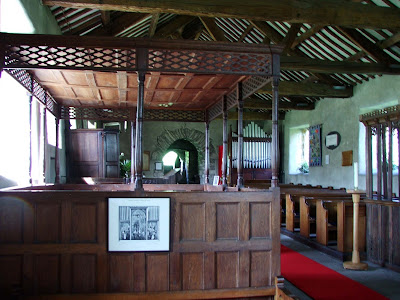 The pews are all made of the same dark wood. The pew shown above is the Burblethwaite pew, and probably dates from the 17th century. Much of this structure was rebuilt and repaired in 1810. 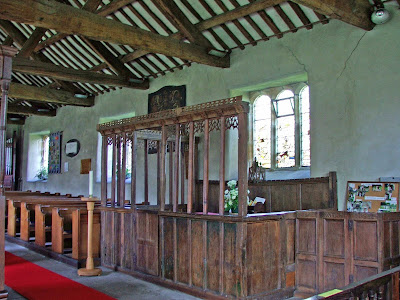 The pew shown in the above photos is the Cowmire pew, dating from the 16th century, and was probably for use by the Briggs family of Cowmire Hall some mile and a half to the North. 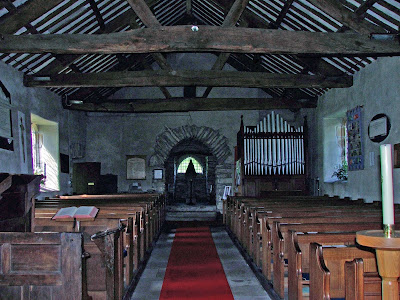 The tower is open to the nave, and contains the font. 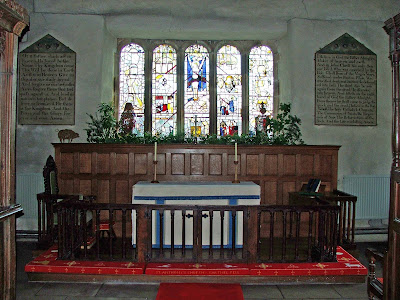 Another view of the East window with glass from Cartmel Priory. 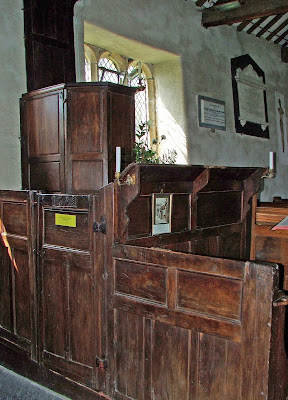 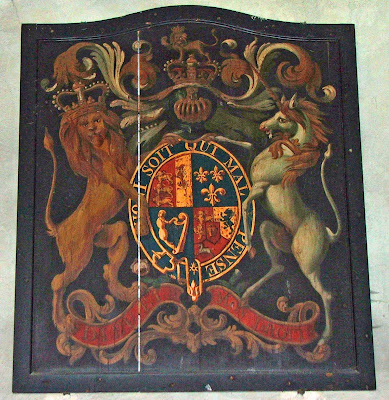 A view of the nave looking from the west end of the church. The Cowmire pew is to the left of the photo, and the Burblethwaite pew is on the right. 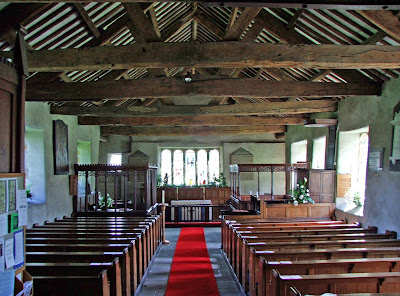 A view of the Southern exterior of the church. 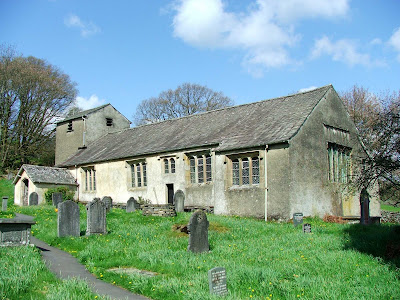 The saddleback tower looking from the West. 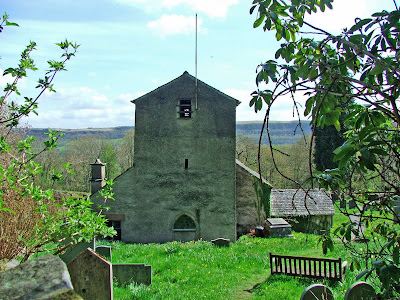 Another view of the church from the South. 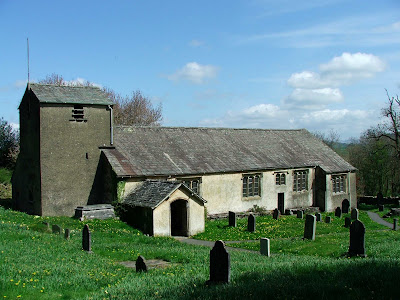 This beautiful little church is open most days, and as well as the obvious pleasure of exploring the interior, it is also well worth spending some time in the church yard and the surrounding fell side.
Posted by The Cumbrian Castle listing. at 23:00