The church of St Thomas……a ‘back-to-front’ church, lies on the South side of the A5284. The church is back to front for one very important reason. The site, on which it was erected, was called Fell Field, and this area was a marshy area that the areas above tended to drain into. As a result of the poor condition of the earth, the tower had to be built at the East end of the church where the earth was more solid, and not the West end as is normally the case…..hence our back to front church. 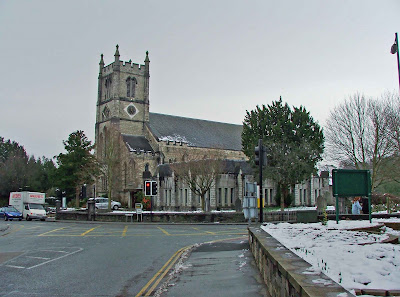 The church was designed by George Webster, with the foundation stone being laid on the 4th of August 1835. The church was consecrated by the Bishop of Chester on the 5th of July 1837. It was built to satisfy the need for a further place of worship with the ever growing population of Kendal, especially to the North and the East of the town. When completed there was ample seating…..for around 850 people in all. The church cost the grand total of £2900 from private donations, £1000 from a single benefactor, and another £50 as a legacy from a will. 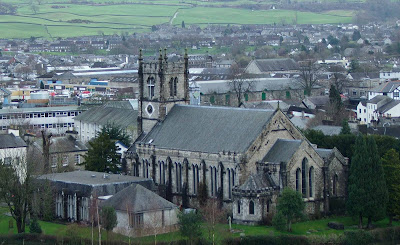 Above. The church from High Fellside. 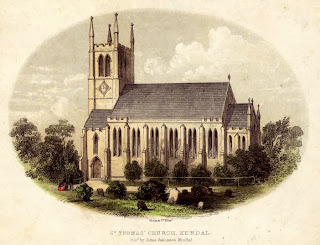 Above. An old postcard from my collection, showing the Webster pinnacles on the tower.

The church underwent some slight redesigns in the 1860’s; seating was re-housed in different parts of the church, a vestry was built, and the organ was moved from its original position to the South end of the building. In 1969\1970, the four large pinnacles on the tower were reduced in size, probably for safety reasons. 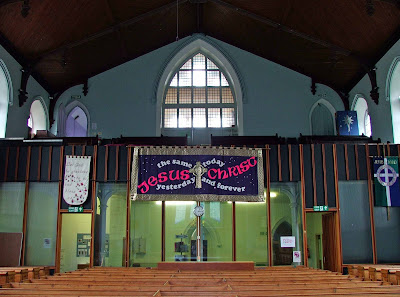 For the most part though, the church has remained pretty much intact and unchanged in its 171 year history, with the addition of further buildings and facilities being made to the North of the church and not affecting the core building itself. 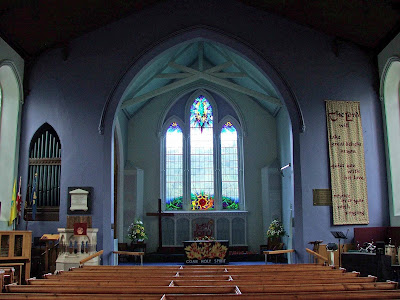 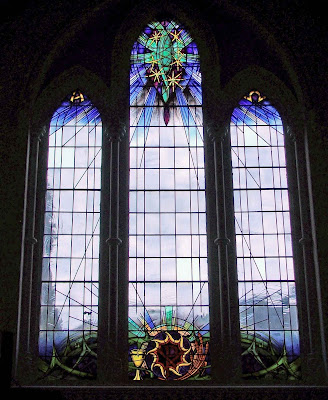 Great views can be had of this church from the walks above Windermere road, especially the last few yards of the walk through Maude’s meadow, and coming down from Low Fellside.
Posted by The Cumbrian Castle listing. at 23:43