The hamlet of Underbarrow lays about three miles West of Kendal along Underbarrow Road, which runs directly out of Kendal from the top of Greenside. The church can be found to the North of the village. 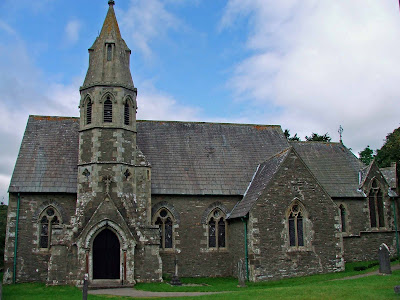 The church we see today, is the third building on this site. The first was built in 1547, the second in 1708 and the current church in 1869. It was built to designs by Joseph Bentley of Kendal and consists of a chancel in an apse (as shown below) an aisle-less nave, North and South transepts and a South porch. The church has an octagonal tower, topped with a spire and a weather vane. There is a single bell housed in the tower, probably dating from the 16th century. 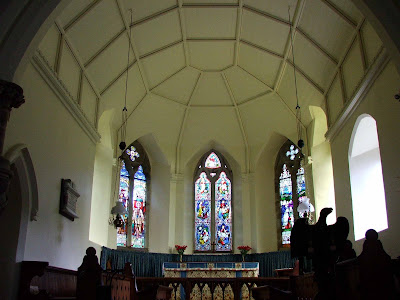 A Grade II listed church, it represents over 800 years of Christian worship in the area. The church possesses an unusual wooden font, made from oak, originally with a lead lining (healthy!!) The lamps seen in the photo above and below, are the original gas lamps, used up until 1936 when the church was connected to the mains electrical supply. They are still apparently used for special occasions. 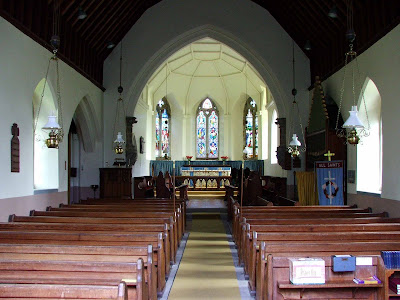 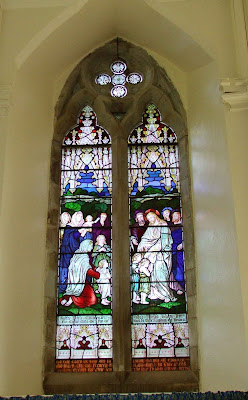 Above. Window dedicated to the memory of Edward and Mary Wilson of Blake Barn. The window was gifted by their son the Rev Thomas Wilson in 1907. 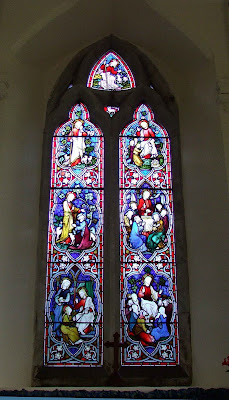 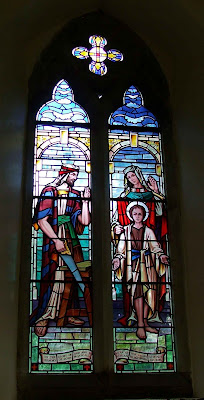 Above. Window dedicated to the memory of John McConnell, vicar of the parish 1893 to 1919 and his wife Elizabeth McConnell.
This little church is well worth a visit, and appears to be left unlocked.
Posted by The Cumbrian Castle listing. at 17:28