A beautiful church, in a small Lancashire village, probably built within the confines of an early Norman motte and bailey castle....St Wilfred's is a gem. Probably built on the site of a Saxon church, as evidenced by the remains of a Saxon cross (shown below) the church possesses a good number of relics. The small remnant of a cross shaft can be found on one of the church's window sills, and is incredibly detailed. 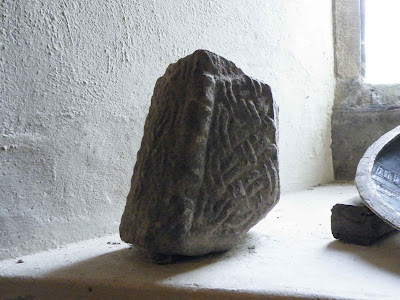 I think the following photo may show the remains of another ancient cross shaft. It is of a different design to the Saxon portion shown above, and is not as well decorated. Some sources state that this may represent the bottom of a small medieval stone crucifix. 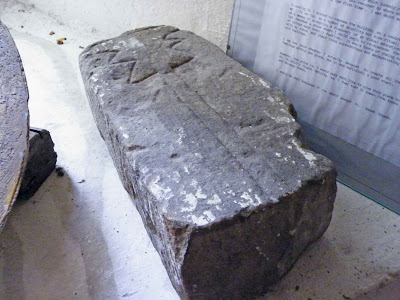 I think this is a Roman tomb stone or votive stone (Please correct me if I'm wrong) It's been difficult to find much information about the many remains found in the church. This is mounted in the porch. 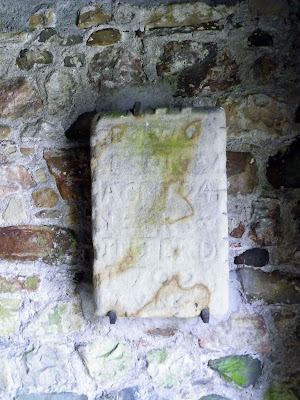 On the outside road facing wall of the West tower, the faint carving of sheers can be seen, just beneath the clock. 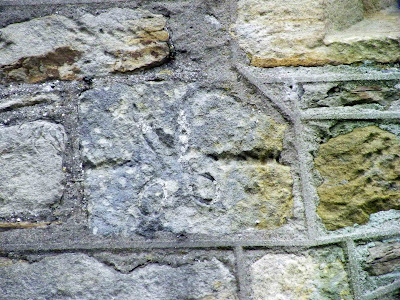 This beautiful medieval grave slab has been handily mounted on the inside wall of the porch. It shows a tall cross with fleur-de-lys arms on a stepped base.

The following two grave slabs can be found at the East end of the church, in the floor of the chancel behind the prayer rail. 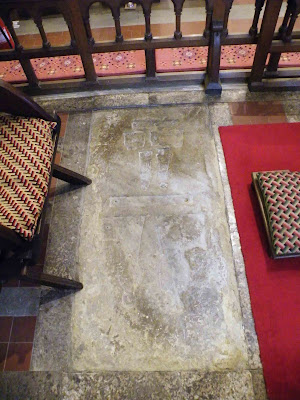 I can't make out the design carved into the face of the slab shown above. There looks to be two small plaques missing. 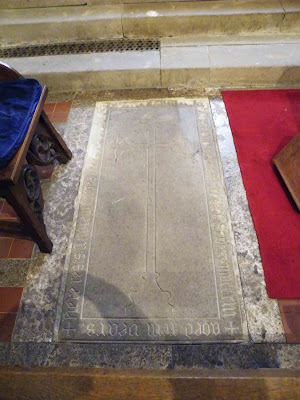 The stone shown above, a tall cross with fleur-de-lys arms on a stepped base with an engraved memorial around the edges. Unfortunately, I've not been able to date either of these stones.
Posted by The Cumbrian Castle listing. at 21:29