As well as the famous Dacre bears, documented elsewhere on this blog, there are a number of interesting stones scattered throughout this small Norman church. 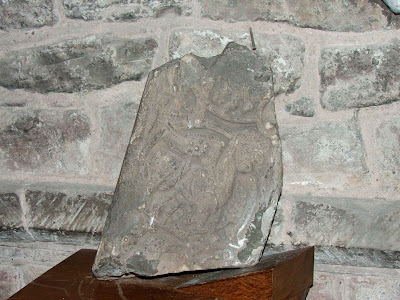 The first stone, shown above, is most likely part of a 9th century cross shaft.

The second stone here, is all that remains of the shaft of a 10th century Anglo-Scandinavian cross. 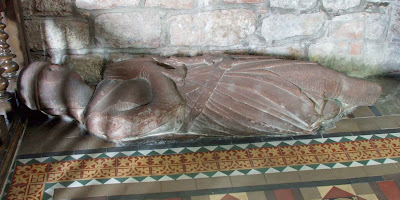 The badly damaged effigy of a Knight, shown above, probably represents one of the Lords of Dacre, and most likely dates from the 13th century.
Posted by The Cumbrian Castle listing. at 21:15