One of my favourite churches in the whole of Cumbria owning to its 14th century West tower...built as a pele tower, St Cuthbert's is a beautiful, red sandstone, squat church. It possesses around 16 grave slabs....but I've only photographed two...both of which are shown here. 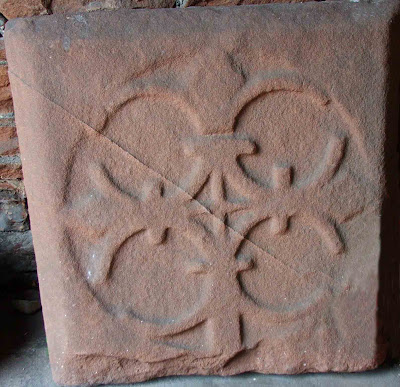 The slab shown above, can be found lying against the West wall inside the porch. It is quite obviously broken, with only the top\head of the slab now surviving. It probably dates from the late 12th century, and shows a bracelet style cross in a sunken circular pattern. 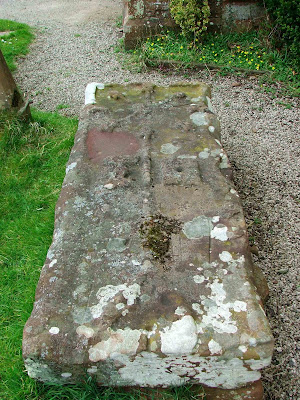 The second cross slab shown here, lays in the church yard to the East of the porch. Now very worn, and covered with lichens and moss, the design is difficult to make out in places. The cross has eight arms, and rises from an arched base. There is a small chalice to the left of the cross, and what is described as a book to the right. It has been attributed to the early 14th century.
Posted by The Cumbrian Castle listing. at 21:19