St Cuthbert's stands away from the village of Edenhall, and contains Norman and late medieval masonry. There are four grave slabs here, all mounted in the external faces of the church's walls. Two are shown here....the first of which possibly dates from around 1100, and is very badly worn. It can be found to the North of the Nave. 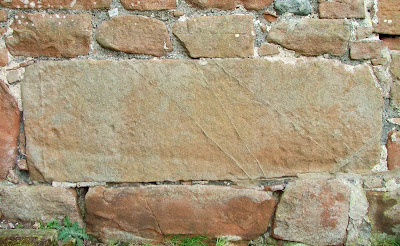 The second, shown below, is mounted in the wall upside down, and can be found North of the nave near the West wall of the Vestry. 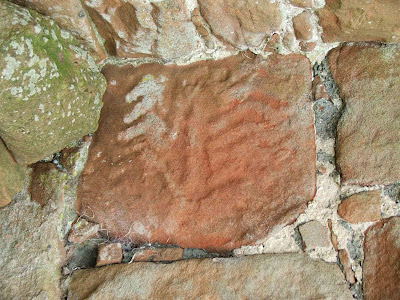 It is probably pre-conquest (ie, from before 1066) Of the other two stones not shown here, one is similar to the small stone shown above, of a similar design and date, whilst the other, badly damaged, shows part of a basic cross head, and is probably early medieval.
Posted by The Cumbrian Castle listing. at 21:16